Panthers skipper Matt Moylan's antics as one of the best clutch players in the NRL don't surprise his Penrith teammates anymore, according to Tyrone Peachey.

Moylan was again the hero for Penrith in their 15-14 win over the Gold Coast Titans last weekend after slotting a late field goal and securing his side's ticket to the finals.

It's the fourth time in three seasons Moylan has stepped up to the plate and produced a match-winning play late in a game, including his stunning sideline conversion after the final siren to sink the Bulldogs in early 2014.

While Moylan continues to stun those watching, the 25-year-old's remarkable efforts have become the norm at the Panthers Rugby League Academy.

"Nobody here is not too surprised by the way he hit the field goal on the weekend because he does it at training every day," Peachey said.

"We muck around and have little drop goal challenges, and he always seems to hit the ones nobody else can hit. Every one may be surprised by how easy he makes it look but we're used to it.

"He has a cool head on him. That's why he's captain. I don't know what it is, but as long as we do our jobs for him we know he's going to do his job."

Get all the info for Panthers v Manly: http://bit.ly/InfoRd26

Peachey was adamant Moylan – who's almost completed his first season as captain – hasn't changed since earning the armband in January.

"He's remained the same person. He's had to mature a little bit with all the extra interviews and responsibility he's had. But he's done a good job," Peachey said.

"Everyone looks up to him. We have other senior guys like [Trent] Merrin and [Peter] Wallace but Moylan is doing everything right by the team and it's showing in the way we're playing."

For Peachey, the Wellington Cowboys junior was unsure whether his newfound position of centre was a long term prospect.

The 25-year-old has been playing there since Round 9 and has a newfound respect for the game's elite centres.

"Centre is a lot harder to defend at. It's more one-on-one stuff. I've had a couple of good challenges so far in Jimmy Roberts, Konrad Hurrell and Shaun Kenny-Dowall and I have that much more respect for them for doing that every week," Peachey said.

"It's a hard position to play sometimes. I haven't thought about next year though whatsoever. We have a lot of good players coming here next year so it's going to be tough to make that top 17.

"But if Hook wants me to play centre, I'll play centre. I play whatever position I'm needed in." 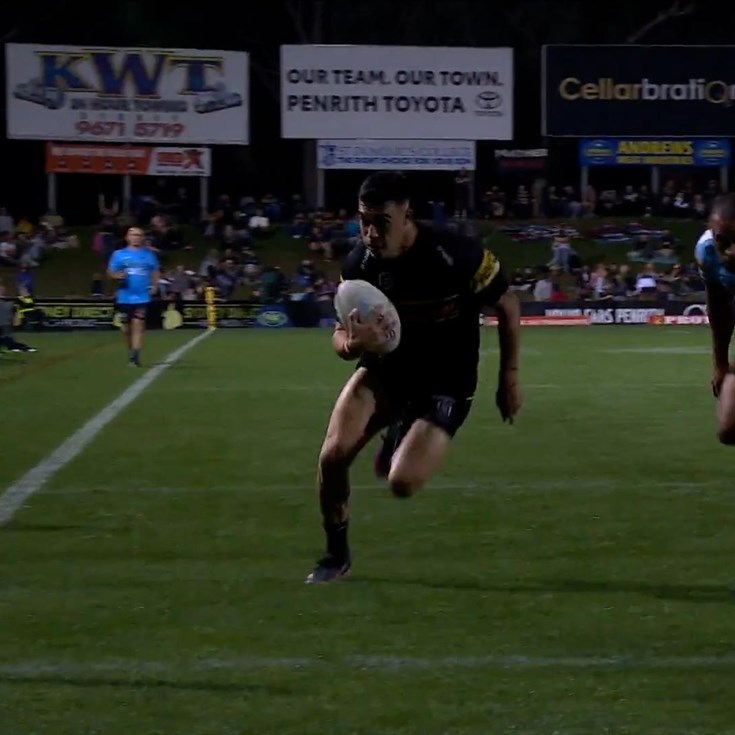