A great second half comeback has seen the Panthers secure a 22 points to 18 victory over arch-rivals the Parramatta Eels. Watch the highlights from the game above, which included tries to Reagan Campbell-Gillard, Bryce Cartwright, Tyrone Peachey and Josh Mansour.

GALLERY: See the best pics from the four-point victory: http://bit.ly/Rd19Gallery 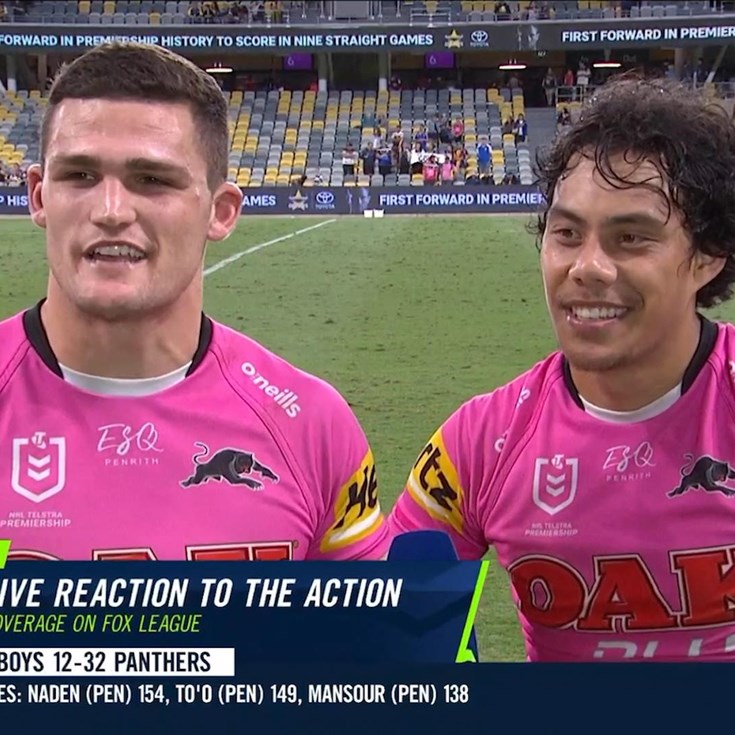