The best way to spot rugby league's next big thing is to tune in to Saturday afternoon's Test match between the Junior Kangaroos and Junior Kiwis.

You only have to look at last year's game to see some of the NRL talent that has come through the under-20s system.

Valentine Holmes, Ashley Taylor, Jackson Hastings and Tepai Moeroa all starred for the Kangaroos in the 2015 contest while Nelson Asofa-Solomona, James Fisher-Harris, Danny Levi and Te Maire Martin featured for the Kiwis.

The contest itself is as willing as it gets with both sets of players desperate to get their international representative careers off to winning starts, and that passion has been evident over the years.

The Aussies have gone for an experienced side that includes several players who are backing up from last year's game including Tevita Pangai Junior who is preparing for his third straight Test.

The Kiwis don't have as many big-name players as their trans-Tasman rivals, but that doesn't mean they should be taken lightly. Kelvin Wright has named a side brimming with talent that will be fired up to bounce back from last year's narrow defeat.

Watch out Kangaroos: Jamayne Isaako will just about be the fastest man on the paddock. The Junior Kiwi played two seasons for the Sharks in the Holden Cup, winning the Players' Player Award in 2014, before joining the Broncos in 2016. The youngster is an absolute speed merchant and torched his former club with two tries and 177 metres last week. Isaako possesses a brutal right foot step and his acceleration is second to none. Renowned as a centre, Isaako will be given plenty of room to move in the unfamiliar role of five-eighth.

Watch out Kiwis: Unfamiliarity is often the undoing of rep teams, but that won’t be the case for the Kangaroos. The table-topping Panthers have been rewarded for their dominance with four players selected in the Australian side. Dylan Edwards (11 tries), Nathan Cleary (12 try assists), Robert Jennings (five tries) and Tyrone May (seven tries) will cause plenty of headaches for the Kiwis. Edwards – the Australian No.1 – hinted to NRL.com that he and halfback Cleary could call upon one of their pet plays if the game is in the balance.

Key match-up: Jayden Nikorima v Brandon Smith. This will be Nikorima's second appearance for the Junior Kangaroos after coming off the bench last year and his first in the No.9 jersey. The Roosters five-eighth started the season in first grade before moving back to the NYC two weeks ago. The former Broncos utility showed off his versatility in a man-of-the-match performance at fullback against the Knights last week, running for 190 metres and setting up two tries. His NRL experience will be telling on Saturday.

Brandon Smith has been running the show out of dummy-half for the Cowboys in 2016 to have them sitting in the top four. A keen runner of the ball, Smith is averaging an impressive 93 metres a game and is coming off one of the best performances by an individual in the NYC after scoring a hat-trick, breaking the line four times and coming up with four offloads against the Sea Eagles in their Round 9 meeting.

The history: Played 7; Kangaroos 4, Kiwis 3. The annual fixture has thrown up some classic results over the past few years, with the last two clashes going down to the wire. A Te Maire Martin field goal was all that separated the two sides in 2014 while a Valentine Holmes penalty goal proved the difference as the Kangaroos held on for a narrow victory on the Gold Coast in 2015.

The way we see it: The last two meetings have only be separated by a combined margin of three points, but you get the feeling it might be a bit more one-sided this time around. The Kangaroos have plenty of points in them and will turn to their classy spine to do the bulk of the work in the red zone. The Kiwis will come out all guns blazing but won't have the ammunition to stay with the Junior Roos. Australia by 14. 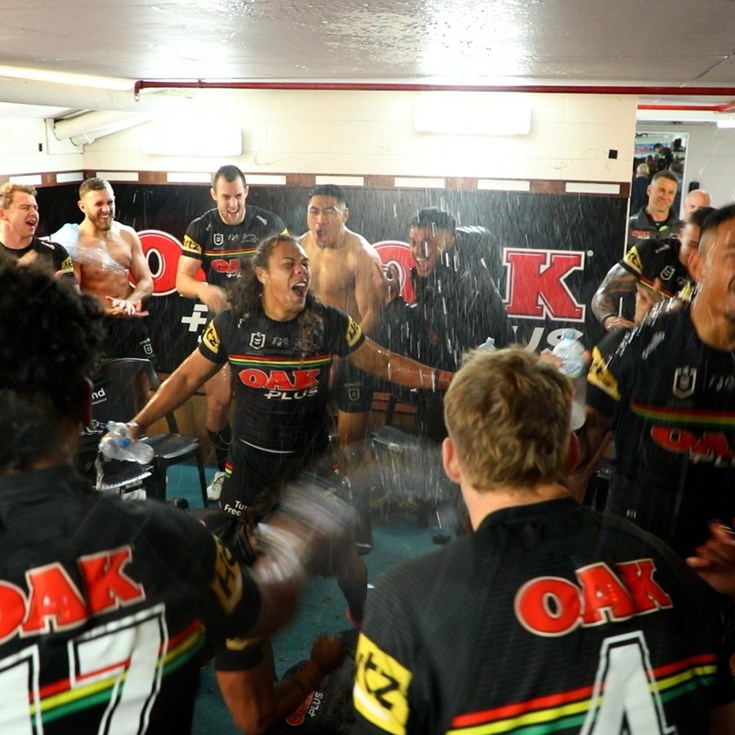