Panthers fullback Dylan Edwards says his team is determined to emulate the unstoppable form that saw them win the Holden Cup in 2015.

The Panthers were a cut above last year winning 20 of their 24 regular season matches before defeating Manly 34-18 in the grand final, and have started the new season just as well, if not better.

"We didn't want to be that team that goes well one year and then drops off the next," Edwards told NRL.com.

"We want to push to go back-to-back if we can. That's the goal driving us at the moment. We did a really hard pre-season and I think it's put us in really good stead."

With a points differential of +270 after just nine rounds, it is clear the Panthers are keen to kick on in 2016. The men from the foot of the mountains are on an eight-game winning streak, but it's their Round 1 loss to the Raiders that has stayed on Edwards' mind.

"I don't know if it was a kick, but it did bring us back down to earth," he recalled.

"I think we might have needed that to remind us that it's not going to be a walk in the park and that there will be tough games every week."

It wasn't as if they were outclassed on that occasion, going down 36-34 thanks to a last-second try. The teams fittingly squared off just last week, and in a sign of strength, the Panthers trounced the Green Machine 74-10 to confirm their status as the team to beat in 2016.

The Panthers fullback put their incredible start to the year down to coach Cameron Ciraldo and also paid tribute to the club's development staff who have helped the players juggle their football careers with their studies.

The Holden Cup's leading metre eater is currently doing a Bachelor of Health and Science Degree at the University of Western Sydney and is one of nine Junior Kangaroos completing Degrees, while another four are in Certificate to Diploma pathways education programs.

"He (Ciraldo) gets the most out of the entire playing group. He's really respected around the team and we're grateful to have him," Edwards said when asked about Ciraldo's influence.

"My studies are going well. We've got good welfare staff at Penrith so they help you a lot if you're struggling. They keep the workload manageable which is great for us."

While he's thriving off the field, it's Edwards' incredible start to the NYC season that saw him deservedly picked to wear the No.1 jersey at Pirtek Stadium this weekend for the junior Roos against the junior Kiwis.

The Panthers custodian has scored 11 tries, averages 198 running metres per game and has developed into one of the best ball-playing fullbacks in the game.

"It's probably the highlight of my career so far," the Panthers fullback told NRL.com.

"There were a lot of boys doing well so I didn't expect to be picked, that's for sure. There's so much experience in this squad including some guys who have played NRL so it's just good to be involved in that kind of environment."

Edwards will be joined in the side by fellow Panther Nathan Cleary. The halfback – and son of former NRL star Ivan Cleary – has been the form player in the Holden Cup this year, setting up 12 tries, scoring six himself and kicking 53 goals.

"He deserves all the accolades because of how well he plays," Edwards said when asked about his talented teammate.

"He puts in all the extras so he deserves all the results he's getting. All the stuff you see on the field is because of what he does off the field."

Looking at his form in 2016 you'd be excused for thinking he had played fullback his whole life. The reality is he played in the halves at SG Ball level before floating around the Penrith backline in the 2015 Holden Cup Premiership winning side.

"I played a bit of everywhere last year but to have the No.1 this year is more hands on which I love. I love running around and being more hands on," he said.

"The boys up front are doing a great job so it makes my job a fair bit easier and gives me that space to run."

Edwards would have loved to have been joined in the national team by his club captain Oliver Clark, but the highly-gifted prop was ruled out after picking up his second hamstring injury of the season.

Instead, he'll have to worry about Cowen Epere - the other Penrith starting front rower – who is expected to lead the Junior Kiwis pack on Saturday afternoon.

"They've got a really good side so it should be a really tough game," he said.

"They'll be really strong up front and their side is just really balanced. The physicality and the occasion of it all will be the biggest thing and I look forward to the challenge of facing Cowen." 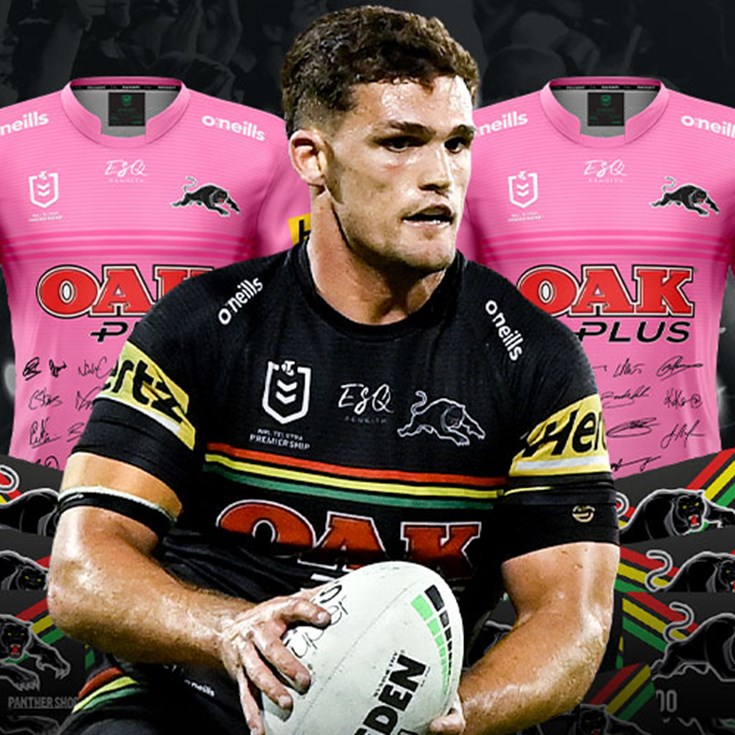