Fully funded by the Panthers Group, the Academy is a $22 million state-of-the-art facility located behind Panthers Leagues Club in Penrith. It will now become the fulltime training and development facility for the Panthers senior and junior squads, along with housing Panthers rugby league administration.

"We believe the Panthers Rugby League Academy is now the best of its kind for any sporting organisation in this country," Panthers Executive General Manager Rugby League Phil Gould AM said.

"It represents a huge investment by the Panthers in not only the game of rugby league, but the sporting landscape of Western Sydney as well.

"It should also be noted that this is more than just a factory for churning out rugby league players. 94 per cent of our contracted players, from the age of 16 through to our most senior NRL players, are actively engaged in schools, apprenticeships, trades or tertiary education courses. This facility caters for the welfare and education of all our players, on all levels."

The Academy building spans approximately 3,400 square metres and the overall site approximately 40,000 square metres. Construction commenced in June 2015 and the predominantly local labour force of up to 100 people per day completed the project earlier this month – some three months ahead of schedule.

The Panthers players got their first look around the Academy on Monday and will complete their first field session at the new facility on Wednesday afternoon.

"The Panthers Rugby League Academy is indicative of our steadfast commitment to Penrith and to the game of rugby league, now and into the future," Panthers Chairman David O’Neill said.

"It will become a source of inspiration for young rugby league players right across the Penrith district and regional areas. More kids than ever before will grow up dreaming of pulling on a Panthers jersey." 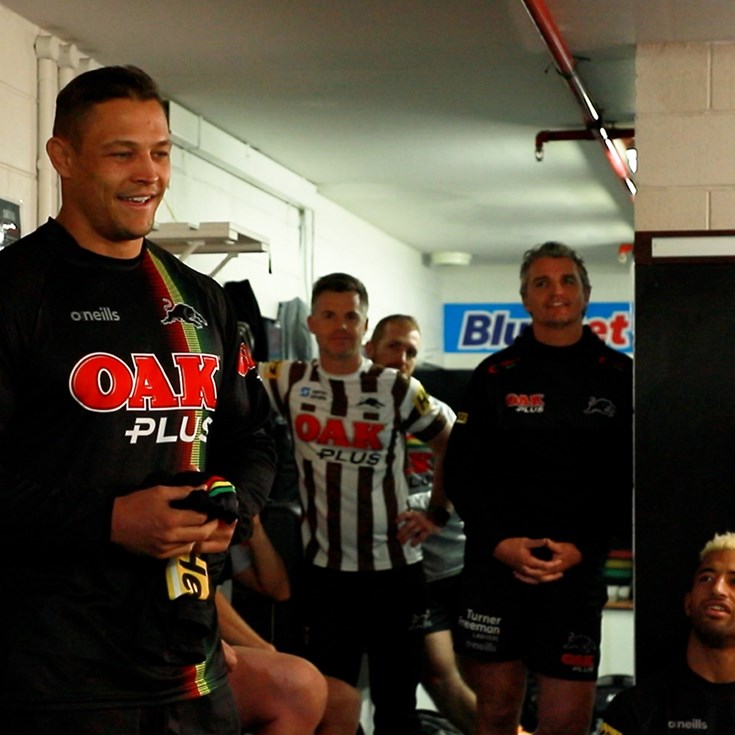