From the outside looking in, it would seem that the Penrith Panthers NSW Cup team have had a near perfect season. They have lost only 4 games so far this year and with four rounds remaining, have already wrapped up the Minor Premiership.

But Coach Garth Brennan says there is still a lot of improvement left in his side.

Whilst this may be an ominous warning to other teams in the NSW Cup, Brennan says that “whilst finishing first is always good, no one remembers who wins Minor Premierships”, adding that he felt the team still has a gear or two remaining and is looking to peak at the right time of the year. And rest assured, there will be no complacency in this team as they look to better their for and against tallies in the lead up to the finals, rather than focusing on the achievement of winning the Minor Premiership so early.

Adding to this motivation, Brennan says the injury toll that is increasing in the NRL side can only help to spur his players on as they have the chance to push their case forward to Head Coach Ivan Cleary. Throughout the year there have been many players graduate from the NSW Cup team to the NRL side and this week sees Matt Robinson and Tim Grant both regain their spots in the top grade, adding further substance to Brennan’s words of “it’s not about where you start the year, it’s about where you finish it”.

This week the boys have another chance to press their claim and to continue on their winning ways when they take on the North Sydney Bears at Sportingbet Stadium. This is an important match for the NSW Cup team as they have the bye the following week, a much needed one according to Coach Brennan.

“I can see some flat spots in our game at the moment, and I think that the fact that we haven’t had a break in such a long time has contributed to that”.

Following that bye, the boys will only have two games remaining in the regular season because for the first time this year, the NSW Cup Grand Final will be played a week early to accommodate for a National Grand Final of sorts the following week, where the winner of the NSW Cup squares off against the winner of the QLD Cup. This is a concept that excites Brennan but he says that his team’s main goal at this stage is to win the NSW Cup then to worry about the National aspect after that.

On a personal level, Brennan has had his own challenges this year as he moved on from the Premiership winning NYC team last year to be head coach of the NSW Cup side and he says that it’s been a completely different experience.

“Because in Under 20s a lot of the players are just happy to be there and jumping out of their skin to play, whereas in the NSW Cup you have a mixture of youngsters trying to crack the NRL and players who want to be in the NRL rather than the NSW Cup”.

However, the chance for him to learn as a coach from senior players such as Nathan Smith, Kevin Kingston, Tim Grant and Wes Naiqama, who all boast a large amount of first grade experience, has made the role very enjoyable for him.

“The experience and knowledge of those senior players has not only helped me as a coach  but has also helped the likes of Reagan Campbell-Gillard and Waqa Blake, who are new to senior football in developing their games”.

And Brennan was quick to mention these types of young players including Campbell-Gillard when asked who had surprised him this year with their development into the NSW Cup.

“He has really risen to the challenge and adapted to the physicality of the competition”.

In a further boost to the team and Panthers as a whole, Coach Brennan has recently committed to the club after weeks of speculation regarding his future and a possible move back to Newcastle. Brennan says it was a discussion with Phil Gould that “removed the blinkers in regards to the Newcastle job and highlighted some things that I needed to take into consideration”.

Furthermore, Brennan reaffirmed his love for the club, and Penrith, saying “I really enjoy coming to work, I enjoy the players that I coach and I still think there is unfinished business here in Penrith and I’d like to finish what I’ve started and help some of our young players develop into NRL players”.

Brennan was jokingly quick to note that whilst players like Campbell-Gillard, Sam Anderson and Josh Mansour make his life difficult at times, the rest of the players and staff make up for them and made the decision to stay in Penrith an easy one! 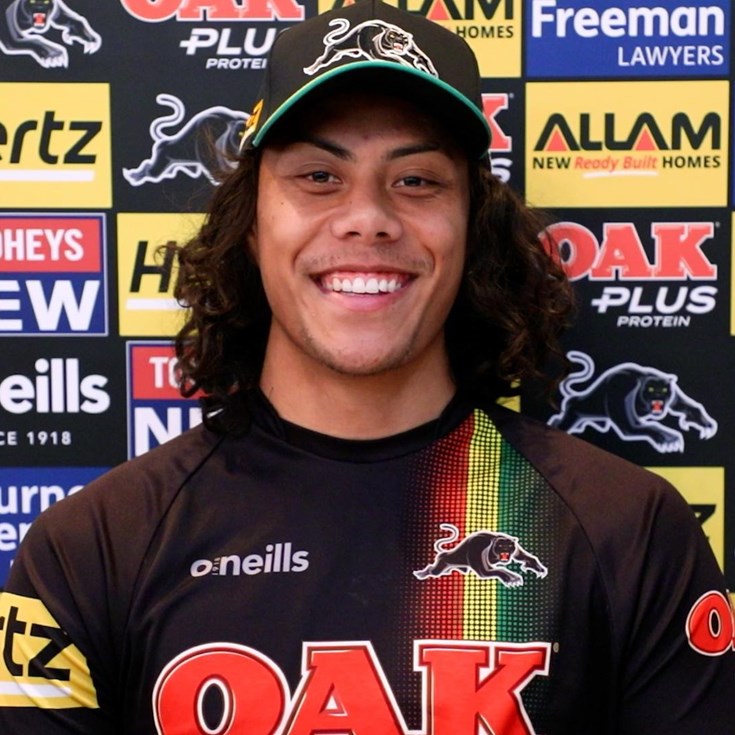 Vote for the 2021 Members Player of the Year